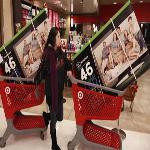 Electronics were among the most requested gifts this holiday season. The Consumer Electronics Association has studied holiday gift buying in the United States for the past eighteen years. Jim Barry is a spokesman for the CEA. We spoke with him last week, just before many Americans exchanged Christmas gifts. He said buyers this year planned to spend a little more than they did last year.

JIM BARRY: "And, what they said they were going to buy, the top five were - tablet computers, laptops, TVs, e-readers and video games. And that, as it turns out, here as we get close to Christmas, is what people are actually buying."

Tablet computers were the most popular electronic gift this year. Laptop computers finished second. Apple released its iPad 2 tablet computer in March. The company is expected to release the iPad 3 next year. Jim Barry says the iPad continues to lead the way in the tablet market.

JIM BARRY: "iPads are the leader in tablet computers, and tablet computers are the top of the list of what folks said they were going to buy this year. And, probably north of eighty percent of the tablets being sold up until now have been Apple iPads."

But, Mister Barry says that is starting to change. He says there are now more choices and less costly tablets available. They include the new Kindle Fire from Amazon-dot-com. E-readers were number three on the CEA's holiday gift wish list this year. Mr. Barry says that came as a surprise to more than a few people.

JIM BARRY: "Some folks thought that the popularity and success of the tablet computer would mean sales of e-book readers would go down. Well that hasn't happened. Sales of e-book readers have more than doubled this year. We're buying lots more. The leaders there continue to be the Kindle from Amazon and the Nook from Barnes and Noble, along with the e-reader from Sony."

Amazon released its Kindle Fire just in time for Christmas. The new Kindle is a touchscreen tablet computer. Unlike the earlier e-reader, this one is in color and it lets users explore the World Wide Web.

The Kindle Fire sells for one hundred ninety nine dollars. This is several hundred dollars less than the iPad. However, it is about the same price people paid last year for the Kindle 3G Wireless. So the big question on a lot of people's minds this year was whether or not to wait for the price to come down.

JIM BARRY: "This is the challenge of the early adopter. You know one of the great things about consumer electronics is that the prices get lower as the stuff gets better.

And that's not true of automobiles, or furniture or houses, and so forth. So as the prices get lower, if you bought earlier you may feel a little bit of that ‘well I wish I had waited.'"

Mr. Barry says falling prices are a major plus for electronics sales.

JIM BARRY: "That's one of the reasons why consumer electronics devices - TVs and everything else really - do relatively well, even in this type of difficult economy."

He gives another reason why electronics were popular as Christmas gifts.

JIM BARRY: "They're really cool so you're pretty much guaranteed that if you give one of these things to someone as a gift, they're going to be happy they got it."