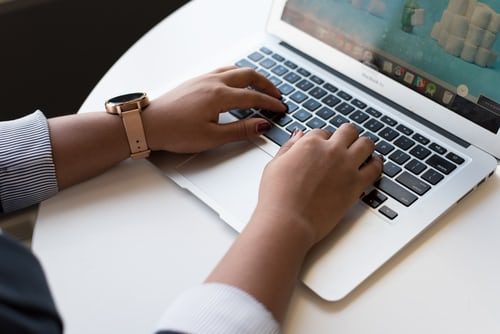 Among the many things that changed in 2020 was, of course, the vast number of people working from home. With millions around the world settled into their new work environment for months, could this be [the] new normal?' Anna Stewart takes a look.

This was the year working from home went mainstream right around the world. This was a “how to work from home" video that I made all the way back in March. I thought this might be the way of things for a couple of months. Wow, did I get that wrong.

As we reach the end of 2020, many of us haven't returned to the office. We're still on Zoom, Skype, Webex [or] Slack. While video conference fatigue6 has set in for some, others are happy with this new way of working. Twitter is one company that's embraced the change and is allowing some employees to choose to work from home permanently.

We had about over 80 percent of our employees working four, five days in the office, so pretty much full-time in the office and one ... you know, a very small percentage—single digits— of people who are [were] working fulltime remote, and that's almost flipped.9 We've done these surveys. Coming back out of it, we have, in the single digits, people wanna ... who wanna spend four or five days in the office, and much more in terms ... almost a third of our workforce  wanna [actually] be actually full-time remote. Actual productivity has remained pretty steady, but people's perception is increasing as they figure this out.

Productivity is critical. Ninety percent of workers surveyed in the U.K. said they would like to continue working from home often or all the time. However, only 70 percent felt they were as productive or more so.

I think we'll be moving to more and more hybrid forms of working, where people do actually work a lot more at home than they used to before the pandemic. So, it has ushered in a major change, I think, in the landscape in terms of how we work [and] where we work.

The shift to remote has had a devastating'7 impact on local economies. Cafes, bars and shops are reliant,8 on office workers who may never go back to their offices from nine to five, five days a week. Companies could reduce their office space or give up expensive leases,9 altogether.

What we're seeing from many of our clients are people choosing to work from home perhaps two, maybe three days a week. There still ... there's the requirement,20 then, of the office, but people will come into it for a different reason.

The great work-from-home experiment has sparked, long-term change in the way that we work, but it isn't for everyone, whether it's unsuitable home environments, noisy children or, in my case, wayward pets. Some of us will be hoping to get back to the office in 2021.