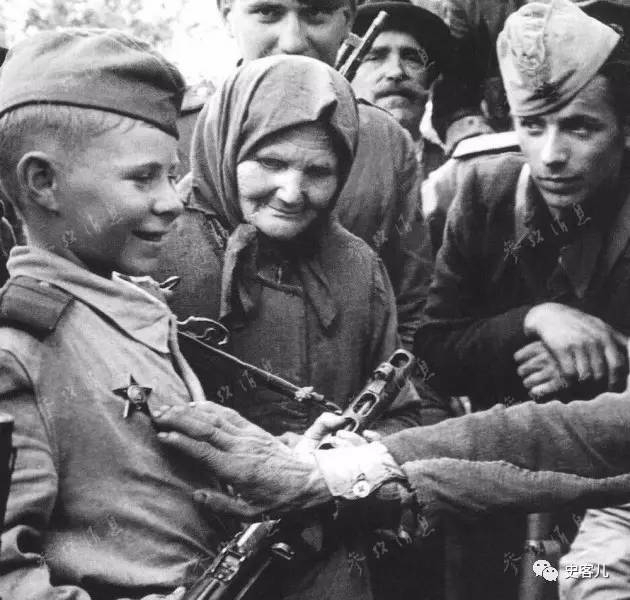 Dr. Jock Cobb is 94 years old and lives in an Albuquerque nursing home. He has had a long and fascinating life, yet it all might have been quite different if he had not met a girl, many years ago, and followed her to Mexico.

He was fresh out of Harvard in 1941 when he accompanied a young woman to Mexico to help with earthquake relief through a Quaker aid effort. As war raged on the other side of the world, he was taken by the Quakers’ philosophy of nonviolence. But Dr. Cobb knew he would be drafted into the military when he returned to the United States.

Required to do alternative service, he joined an ambulance corps run by the American Field Service. He left for Egypt, taking not just his convictions, but also two cameras; the budding pacifist, it turned out, was also an aspiring photographer.

That decision allowed him to create a trove of images documenting the war efforts in North Africa, and later, at the front lines in central Italy. He did it by converting his ambulance into a makeshift darkroom to process film and make prints away from the eyes of military censors. He scrounged film wherever he could find it, and even resorted to using 35-millimeter movie film when necessary. It was difficult to juggle his responsibilities as a driver with his role as a photographer, and sometimes, the signals got crossed.

“I put blankets over the windows,” Dr. Cobb said. “Sometimes, we’d get called out in the middle, and I’d have to scuttle everything and throw it on the ground, and go out and save lives.”

Dr. Cobb and his fellow ambulance drivers were officially civilians, but found themselves in the cross hairs of German artillery on many occasions. Coincidentally, he had lived in Germany as a child, and sometimes conversed in German with wounded enemy soldiers in the back of his ambulance. He observed that the doctors — especially the British physicians in North Africa — would treat the wounded, regardless of what side they were on.

That influenced his life tremendously, as much as his trip to Mexico had a few years earlier. Dr. Cobb was from a family of physicians, and his father was a professor at Harvard Medical School. Before shipping off to Europe, he was certain he did not want to follow in those footsteps. But he had a change of heart after witnessing the British doctors’ generosity of spirit.

“I began to realize that these were the guys who were trying to put things back together,” he said. “Everybody else in the world was trying to tear everything apart.”

So he applied to medical school, and received his acceptance letter from Harvard via telegram while he was stationed in Italy.

Eventually, he made his way home, after witnessing multiple atrocities and surviving several close calls. He wrapped his negatives in tissue paper, on which he made careful notes, and stuffed everything into a fruitcake tin. It was confiscated at Norfolk, Va., upon arrival, but was sent back to him shortly thereafter. Dr. Cobb made a few prints for family and friends, and then tucked the fruitcake tin away in a trunk.

And then he went about becoming a doctor, which he said “takes all your time and all your strength.”

Dr. Cobb spent his lengthy career in the service of others. He worked for the Indian Health Service for several years, did relief work with the World Health Organization, and settled at the University of Colorado Medical School, where he was the head of the preventive medicine department for many years. Upon his retirement, he moved to Albuquerque, where his family maintained a home, cracked open his trunk of photographic history, and rediscovered the fruitcake tin, filled with negatives.

At that point, Dr. Cobb and his son, who was also a doctor with the Indian Health Service, decided to get his World War II photographs out into the world. They met a curator at the Albuquerque Museum of Art and History, who exhibited a few of the images and encouraged both Dr. Cobb and his son to turn the pictures into a book. They approached a family friend, Renny Russell, who had a small publishing house, and collaborated on a project that would become “Fragments of Peace in a World at War.”

During the lengthy process, Dr. Cobb realized that he had suppressed many of his memories of the worst violence. As a physician, he knew that his mind had locked away things that were too difficult to comprehend. “With a lot of pictures, I would look at them and just wouldn’t know whether I had helped a guy, or left him to die. I couldn’t remember,” he said. His son also admitted, “Both of us spent a lot of time crying in the process.””

Now that the United States has been at war for 12 years, both father and son felt it was important to spread a message of peace and understanding throughout the world.

“When we had the draft, it was everybody you knew who was involved, and had been there,” Nat Cobb said. “Everybody knew somebody who had been in action in Vietnam, or in World War II, at that time. It was much more a part of society, instead of this warrior class that we’ve separated off. How do you permeate that barrier? How do you get through with words and images that let people know that this is not the way to go?”

Through their efforts, the photographs are now reaching a wider audience, almost 70 years after they were taken. They are being viewed on computer technology that could not even be imagined when Dr. Cobb was roaring through Italy in his makeshift darkroom ambulance. As different as the world is now, war still remains, and he is just glad to know his voice is being heard.“It has always been my hope that something like that would happen,” Dr. Cobb said. 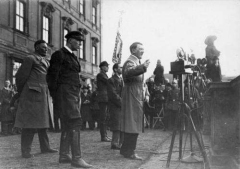 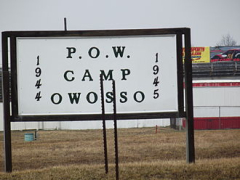 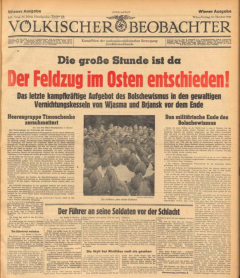 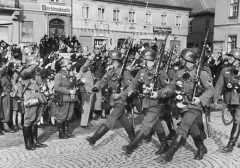 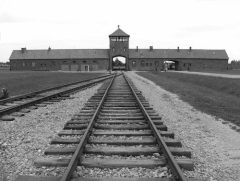 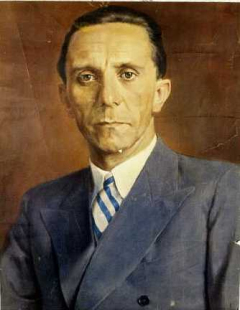