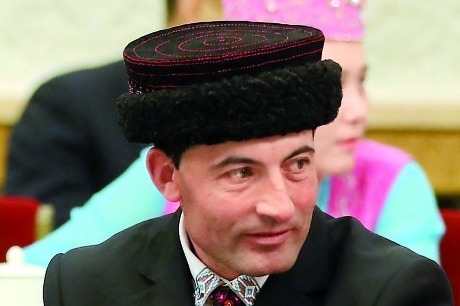 People from Tashkurgan Tajik autonomous county, the Xinjiang Uygur autonomous region, said the best thing they can do to honor Laqini Bayika, a Tajik herdsman who devoted his life to patrolling the China-Pakistan border with its harsh natural environment, is to carry on protecting China's border.

The 41-year-old died while saving a drowning boy on Monday. Laqini was taking part in a training course at a college in Kashgar city and happened to see a boy fall through the ice on a frozen lake. Video footage showed that he ran toward the boy and got him out of the water, but later himself drowned. The boy was hospitalized and was reported to be recovering well.

"He didn't hesitate at all. He is just such a brave person. It's him," said Mefutul Kanjia, 41, who grew up with Laqini.

"The locals and the frontier defense soldiers called Laqini 'the eagle of Pamir Plateau' because no irregularity on the borderline could escape his gaze," Mefutul said.

The pair began exploring the China-Pakistan border near Khunjerab Pass, with an average altitude of 4,700 meters, when they were 18 after Bayika Kalidibek, Laqini's father, began to pass on the knowledge of how to maneuver every cliff and hairpin turn on the patrol route so they could guide frontier defense troops in the future.

Locals in Tashkurgan, a county in southern Xinjiang's Kashgar prefecture on the Pamir Plateau, all know Laqini's family because for three generations the family has been voluntarily guiding troops through the most challenging border patrol route in the county and perhaps the entire country.

They have to help troops climb over eight peaks, each over 5,000 meters, around Khunjerab. It's the only border patrol route in China that only yaks are able to carry soldiers along. Laqini's grandfather became the first guide in 1957 and his father followed suit. In 2004, Laqini became the family's third-generation guide and a member of the herdsman border patrol team.

"The Tajiks are all proud of them. Like Laqini said, protecting the border is just like protecting our own home. It's our natural duty," Mefutul said on Friday. "Many people only know the border on the map, but Laqini knows every stone and river along it."

Laqini became the only Tajik deputy of the National People's Congress, China's top legislature, in 2018 and submitted a number of proposals on creating local patrol teams in China's border areas. He was also awarded the title of National Model Worker in November.

Laqini had encountered many dangers during patrols. He tended to laugh off the hazards when talking about how he was hit in the head by falling stones and how he rescued a soldier who fell into a crevasse.

Bayika, 68, couldn't help spending hours staring at photos of Laqini and him patrolling together. "He has always been kind and brave. I am so proud of him, I will see the boy he rescued as my grandson from now on," Bayika said.

The night before he died, Laqini called Mefutul asking him if the Tajik herdsmen who recently joined the border patrol team had any problems on the routes. "As we speak, there are 10 herdsmen patrolling the route Laqini was responsible for. We won't let him down," Mefutul said on Friday. 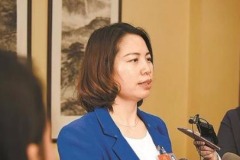 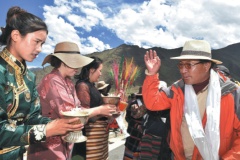 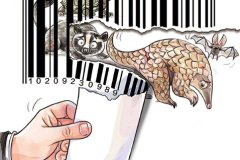 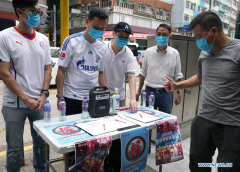 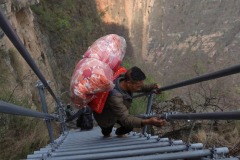 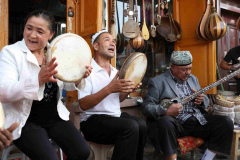