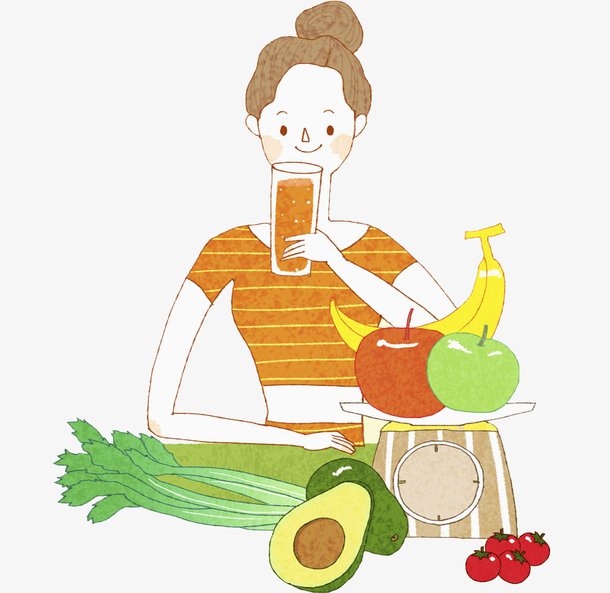 For the first week I'm going to go on a largely liquid diet, which means a lot of juices and smoothies and as little solid food as possible. That's going to make for some fun poops-He said very ironically. For the second week I'm going to go all-vegetable, and right now I'm going to tell you that I'm considering this my hell week. It's not that I don't like vegetables, it's that they are C-Span level boring.

For the third week I'm gonna try something a little less drastic and instead stick with fish, vegetables, and fruits, limiting the bread and pasta that l eat-And I'm a big fan of both of the latter.Finally for the fourth week I'm just going to let the girlfriend cook her heart out and eat whatever she makes. I can tell this challenge really excited her and as I was making up my plans she looked about ready to burst, practically begging me to let her take over one of the weeks.

I'll be recording my weight loss，how I feel, and my thoughts about what I'm eating. Spoiler alert: I'm probably going to hate all of it.End of Week 1: This was the juice and smoothie week, and when I weighed myself tonight I found that I lost 2.9 pounds. I've read that weight loss and dieting is more a state of mind than a physical act, and individuals who stick to a plan where they lose one to two pounds a week tend to continue successfully dieting. I guess that's because whatever plan they are on, it's one that they can live with as opposed to something really drastic and flat-out unbearable.

In that regard, I guess I'm pulling slightly ahead of the curve. I mostly drank juices and smoothies, but I did have a few regular meals in between because I'm not an animal. On date night I had a pretty big dinner, and halfway through the week I made pasta for both me and the girlfriend so that definitely pushed the calories, but I guess all of that juice and smoothie drinking paid off and counteracted the weight gain. As far as doing this long-term, unless you're a big juice person I'm not sure that it's totally realistic.

I tend to get very bored with juices, and when I make my own smoothies I always get yelled at by the girlfriend for adding way too much sugar-She says I'm making milkshakes, not smoothies, but I've just never been a huge fruit person myself and I need something extra to help it along. Physically I feel..fine. Although I'm not going to lie, liquid diets really leave me craving solid food.

The first few days it was all I could do to keep myself from rushing to the nearest burger joint and eating myself into cardiac arrest. One week down though, see you guys in seven days. End of week 2: Several special operations military training programs have a period of time referred to as'hell week! This is typically close to the end of your training and its when you are pushed to your mental and physical limits, and then right over them and far beyond anything you thought you were capable of. Or you just get washed out, one of the two.

This last week was my hell week. Vegetables are my Everest.So for the entire week I ate nothing but vegetables, just to see what the difference would be between the different diets.I included fruits in there as well because I'm not a total maniac, but for the most part lunch and dinner were vegetarian. It's not that vegetables are terrible tasting, they really aren't, it's just that they're...well, vegetables. I mean, I don't know, there's something deep in my programming that says vegetables don't compute, I don't need to eat meat all the time, but my brain refuses to believe that vegetables alone are enough to satisfy hunger. I can literally fill my stomach until it's bursting and my brain will absolutely not acknowledge the fact that hunger has been full sated.

But if l eat even just a moderate helping of pasta or something... non-vegetable, then my brain is like, Oh ok cool yeah that's enough to fill us up. 'I lost 3.5 pounds this week, but the entire week I felt physically weak and emaciated.Vegetables are amazingly nutritious and full of vitamins and energy and all that crap. But as far as my body is concerned I might as well have been eating cardboard.Even my performance during my regular work outs was far worse than before, and I'm starting to think it was all mental. It's like a car with a governor on it that keeps it from going faster than 55-Green beans are my governor, and keep my physical energy in the pits.

Or maybe it's just that by feeding it nothing but vegetables every day, my body simply found no reason to continue living and wanted to throw in the towel. I don't know, but I do know that going strict vegetarian is impossible for me. Two weeks down, two to go.End of week 3: I guess this week l was what you would call a pescatarian, or someone who adds fish and seafood to a normal vegetarian diet.Of the three diets so far, this was the most palatable, and actually feel pretty decent after losing 2.1 pounds.

I've never been a huge fan of seafood, but fish filets is pretty close to real meat and I think it really helped make the entire experience more livable. Then there's the fact that I was allowed to eat shrimp and clams, and while I'm not a big fan of seafood overall, On date night me and the girlfriend went to eat sushi since it was one of the few options that are allowed in the rules and everything else was just basically fried fish or shrimp or whatever. I happen to like sushi, which is weird because I know it's starting to sound dubious when I keep saying that l don't like seafood, but I really don't-Yet sushi is..? different.Maybe I just don't like cooked seafood, which would make sense considering my brain's very weird positions on different foodstuffs. Tuna steak?

No thank you, gross and fishy. Tuna roll? Yes please, straight into my tummy. Anyways, this week wasn't so bad, but it was by no means enjoyable. I miss desserts, and there's literally nothing that makes you want a nice big piece of cake less than after-dinner fish burps. But I guess maybe that's the point. End of Week 4：Hallelujah the end is here. Four weeks of insane diets finally done, and with this week's weight loss of 1.8 pounds, I've officially hit the goal of 10.3 pounds lost. So this was the week that I let the girlfriend take over my meal planning, and I really hate to admit it but she made this last week the most bearable of all. There were no gimmicks this week, instead I basically just ate what she already eats on a daily basis.

The focus was not on sticking to specific foodstuffs or not eating groups of things, but rather on portion control. We ate pretty much the same things we would normally eat, with the exception of breakfast. Typically she eats bowls of fruit and I make myself a bowl of sugary cereal or scrambled eggs, But this week she had me eating fruit one day, and then a moderate portion of what I wanted the next. For lunch and dinner we stayed away from red meat and ate a lot of chicken and pork, but the difference is we focused on smaller more appropriately sized portions.

I even got desserts! Within reason of course, and all of them low-fat o sugar-free, which is fine because after weeks of hell even sugar free ice cream tastes delicious to me. My mood was pretty good the whole week, probably better than it’s been all month to be honest because I wasn’t focused on some gimmicky diet that was making me miserable.

Instead I got to eat things I legitimately enjoy, even if the portions weren’t quite as satisfying as I wish they would have been, I think that’s the hardest part about portion control- Having the self-control to limit yourself to only eat what you should, instead of stuffing your face until you burst. My weight loss this week was the least of all the weeks, but I feel like it was the healthiest, and it was definitely the most satisfying！ 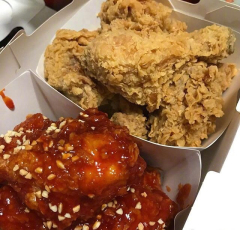 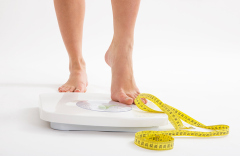 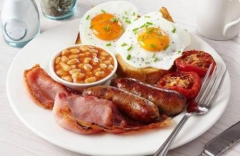 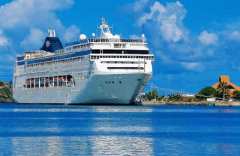 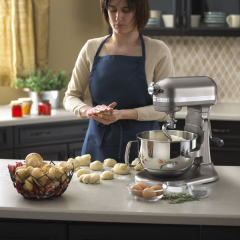