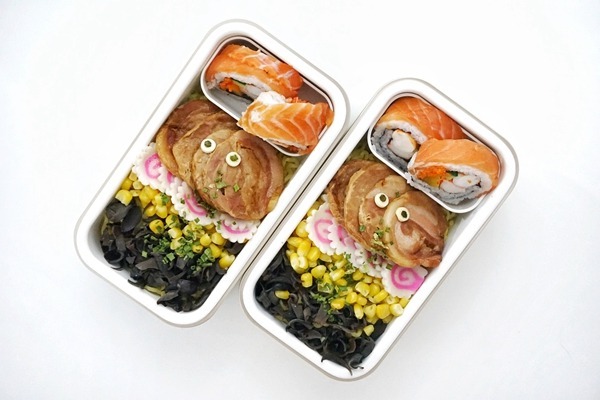 As workers across the country return to their offices, lunchtime tastes have changed as home-cooked meals are the flavor of the month, Xu Lin reports.

Since returning to work on March 2, Zhang Yuanqing from Shanghai has taken a homemade lunch (photos) with her to the office.

Carried in a delicate bento box, she takes a pretty photo of it every day to post on her social media as a record of daily life, something which brings her a sense of accomplishment.

People all over China have gradually returned to the workplace after a long period of home confinement due to the outbreak of COVID-19.

Although people can, for the most part, once again dine at restaurants and order food delivery like they did before the pandemic cut a swathe through daily life, some people, like 28-year-old Zhang, choose to make their own lunch-a practice which started as a safety measure, but has now become a habit.

As many people were forced to prepare their own food during self-isolation at home, they spent time brushing up their cooking skills by finding recipes and following demonstration videos online.

Statistics from e-commerce platform Suning show that its sales of electrical bento boxes increased by a factor of 20 between Feb 9 and March 5, compared with the same period last year. These boxes can heat the food when needed, thus saving people from having to queue up to use the office microwave when they want to eat.

From the 1960s to the '80s, it was not uncommon for Chinese people to carry an aluminum lunch box with a homemade meal to work or school. All the boxes would be heated up together in a large food steamer before the lunch break.

However, as China's economy has developed, on-site canteens, more disposable income and a greater choice of restaurants and delivery services have become the norm.

"Since the pandemic began, I have had more leisure time to enjoy life and become more serious about dining. Enjoying a healthy diet has become the motivation to bring my own lunch," Zhang says.

As she works in the tourism industry, which has been heavily affected by the pandemic, Zhang's workload has dropped.

She joined a WeChat group for people who make their own lunch, and they exchange cooking skills and bento recipes, motivating each other along the way.

She says a beautiful bento box gives her a cheerful state of mind when she dines. It's easier for beginners to start by setting goals-for example, she plans to bring her own lunch at least 100 times this year and learn a new recipe every week.

Before the pandemic, Zhang Lulu, an office worker from Beijing, either frequented her company's canteen or simply ordered takeaway.

The canteen reopened recently with strict hygienic rules, but she has brought her own food for more than two weeks.

Staff members make an online reservation for the next day's meals and choose the dishes they want and pick a time slot in which to dine.

As part of the new protocols, they are required to sit on the same row of a long table, separated by recently-installed glass partitions, and are encouraged not to talk with each other during meals.

"The pandemic has forced me to change some areas of my lifestyle in a more positive and healthier way," Zhang Lulu says.

She believes preparing her bento box has made her more self-disciplined. "It's never too late to make a change," she says.

She plans the next week's menu on Sunday, with nutritional ingredients that are easy to cook, like shredded meat and shelled shrimps. She often spends about an hour cooking the meal the night before or early that morning.

"I take cooking as an opportunity to relax my mind, but I still have to focus, or the dishes will be overcooked," says Zhang Lulu.

She is also happy to find that her recent home isolation and this new habit is, in a number of ways, helping her to protect the environment.

Zuo Lingyao, 27, who works in the finance industry in Shanghai, is also a food blogger that posts her daily bento recipes online.

She tries to use ingredients in a clever way to garnish her bento box with a photogenic character-for example, creating a fried egg with a big smile using black sesame as eyes and a small slice of red pepper as a mouth.

She suggests using molds to cut carrots into flower shapes or to shape rice into the likeness of a cute animal.

She has taken a packed lunch to work since 2018, when she stopped eating at restaurants and decided to lose some weight.

Zuo socializes online with other packed lunch enthusiasts, and she met her boyfriend thanks to her bento box posts on micro-blogging platform Sina Weibo.

She used to skip breakfast and then eat excessively at other meals. Making a packed lunch has helped her maintain a healthy diet and a disciplined routine.

Zuo gets up early to prepare breakfast and her lunch box, recording the process with photos and short videos to post online.

Some of her friends started to ask her how to prepare bento, starting with simple dishes.

"You should not turn it into a mundane task. I will rest sometimes if I am very busy or tired," Zuo suggests. "It's important that you enjoy the whole process, and the interest will drive you to delve into it.

"I have an anticipation at lunch before I open the box, even though I know what's inside."

After food shopping, she will wash, process and divide ingredients into small portions for each meal and put them in the fridge.

However, nutritionist Fan Zhihong, an associate professor at the College of Food Sciences and Nutritional Engineering at China Agricultural University, says that it is important for those who prepare lunch boxes to pay attention to bacteria prevention.

"As the weather gets warmer, it's important to ensure that the bento is always stored in a fridge or icefilled cooler bag before eating," Fan says.

She suggests that people use ingredients that maintain their texture after heating, such as potato, onion, eggplant, pumpkin, mushrooms and edible tree fungus.

For a balanced diet, people can add coarse grains to rice as staple food, place raw fresh vegetables like lettuce and fruit separately from the cooked dishes, and bring a carton of milk or yogurt, she adds.

"You need to disinfect the lunch box with hot water before putting the hot rice and dishes into the box, seal it with the box cover and put it in the fridge. The cover might flex inward due to negative pressure, but the food will be protected," she says, adding that to keep food warm for several hours until lunch will lose nutrition and it's better to heat the bento just before dining. 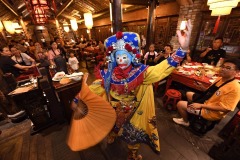 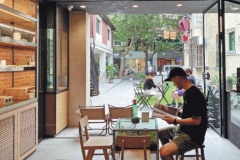 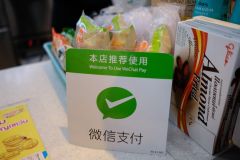 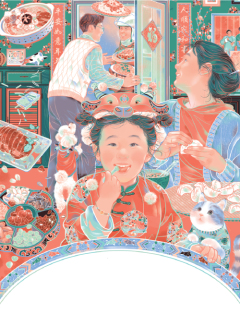