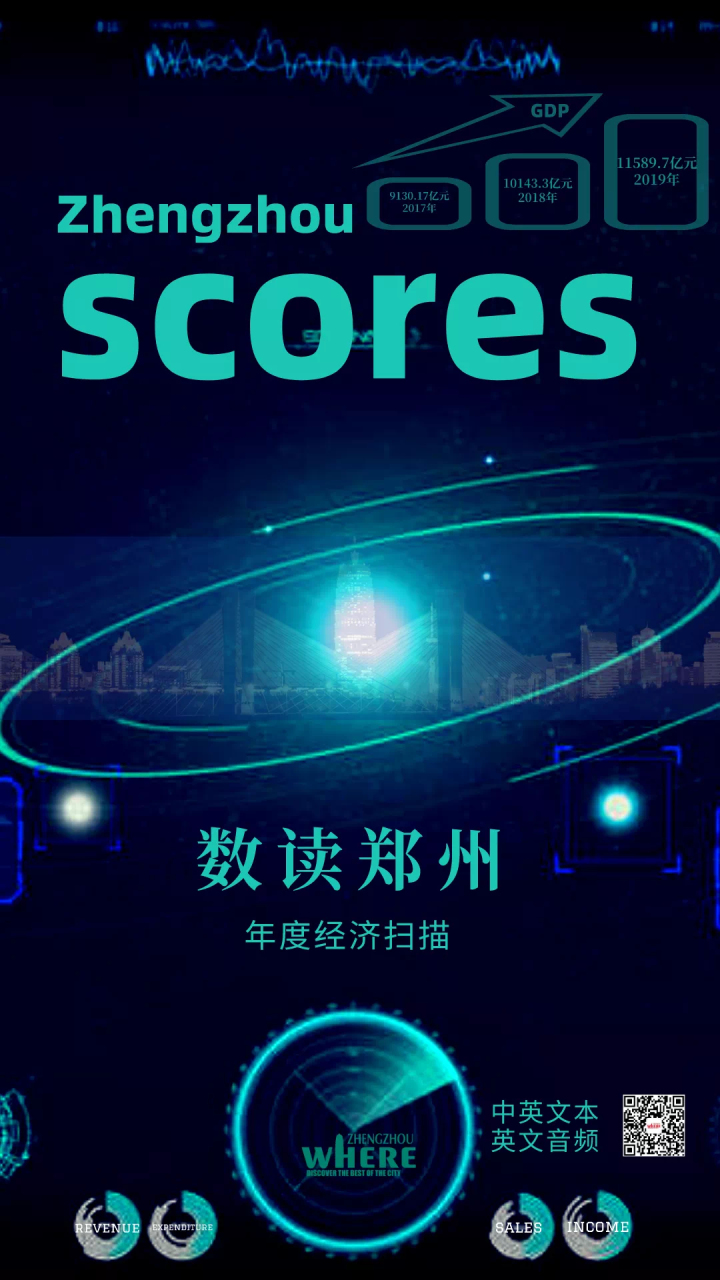 In the past year, faced with the complicated and changing situations in China and overseas and the continued downward economic pressures, what "achievements" have Zhengzhou made in the process of building a national central city of high quality?

On April 3rd, the Zhengzhou Municipal Bureau of Statistics released the Statistical Bulletin of Zhengzhou's National Economy and Social Development in 2019. According to the Bulletin, Zhengzhou's GDP for the whole year reached 1,158.97 billion yuan, an increase of 6.5% over the previous year; the per capita GDP was 113,139 yuan, rising 4.1%.

Zhengzhou's economic scale is also improving. According to the Bulletin, the added value of industrial enterprises above the designated size in the city increased by 6.1% over the previous year. There were a total of 2,414 fixed-asset construction projects throughout the year, and the completed investment increased by 2.8% over the previous year. The total retail sales of social customer goods was 467.15 billion yuan, an increase of 9.5%. The direct imports and exports for the whole year totaled 412.99 billion yuan, an increase of 0.6% over the previous year, accounting for 72.3% of the total imports and exports in Henan Province.

The cargo and mail handling capacity of Xinzheng International Airport reached 522,000 tons, an increase of 1.4% over the previous year; the passenger throughput was 29.129 million, an increase of 6.6%. A total of 1000 CRE trains were in operation, an increase of 33%, and the imports and exports totaled 3.37 billion US dollars, an increase of 5.2%. In the commodity sales by businesses above designated size, basic life commodities such as cereals, oils and foodstuff, beverages and daily necessities increased by 12%, 12.3% and 18.6% respectively. Health and cultural commodities including Chinese and western medicines and home appliances increased by 26.1% and 10.1% respectively. The volume of express delivery rose by 20.6% in the year.

In 2019, Zhengzhou added four newly listed companies. By the end of 2019, a total of 46 companies were listed in the domestic and foreign market and 178 were listed in the new over-the-counter market, with an additional 62.9 billion yuan raised from the capital market.

More opportunities and better prospects are attracting people from all over the world to gather in Zhengzhou. At the end of 2019, the city's permanent resident population was 10.352 million, which increased by 216,000 or 2.1% over the previous year; among them, the urban population accounted for 7.721 million, contributing to an urbanization rate of 74.6%, rising 1.2 percentage points over the previous year.